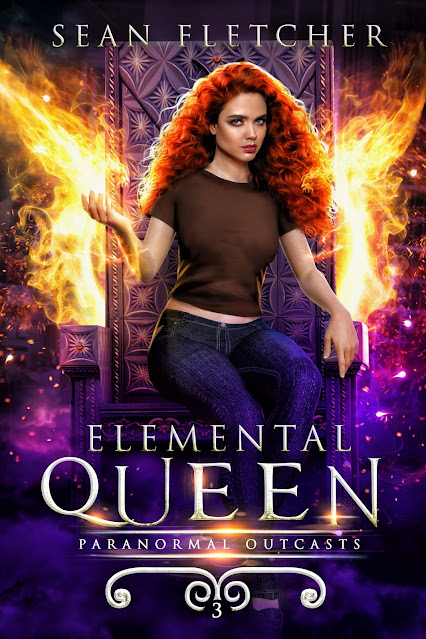 Her legacy will be forged in fire.

The trial through the Dying Lands is finished, but Riley’s real fight has just begun. Lukas, Onora, and the rest of the Conclave hunt her, barring her from the Dead City and her rightful throne.

The Outcasts are fractured.

And Jasper…if the blood oath doesn’t destroy him, he’ll be forced to kill Riley.

Most people would say everything is hopeless. She eats hopeless for breakfast.

With Onora summoning a deadly ancient being to wipe out anyone pitted against her, it’s up to Riley to stop it. For the Outcasts. For Jasper. For all paranormals.

Her ascent to the throne won’t be without terrible sacrifice.

But it’s time to claim her place as queen.
Amazon

I read the first two books in this series and was desperate to know what lay ahead next for Riley and the gang. I was hooked from the first page and was soon sweep along on the journey. I adored all the characters, they all seemed to be so well-written and fully formed, the twists and turns along the way made it hard to put the book down. That ending makes me think there might be more coming at some point, but otherwise an enjoyable, satisfying end to the trilogy. Fletcher has a way with words and characters that leave you desperate for more. Highly, highly recommended!