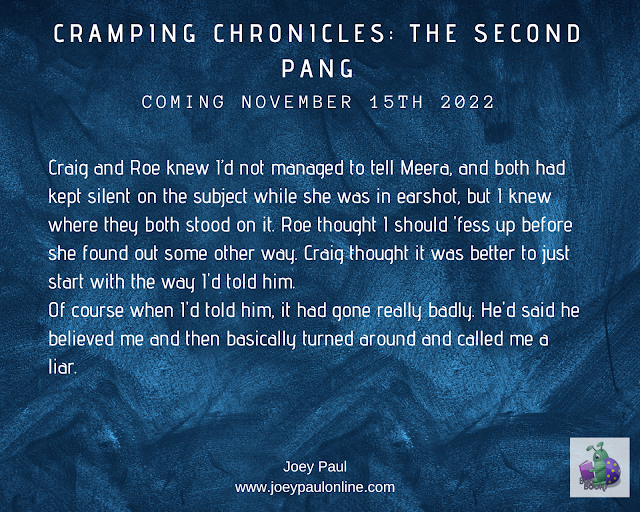 Jessie hasn't had the best luck with telling people about the twitch and what it means...

[ID: A dark blue background, with the title CRAMPING CHRONICLES: THE SECOND PANG at the top and coming November 15th 2022 just below the title. The except reads:

Craig and Roe knew I’d not managed to tell Meera, and both had kept silent on the subject while she was in earshot, but I knew where they both stood on it. Roe thought I should 'fess up before she found out some other way. Craig thought it was better to just start with the way I'd told him.
Of course when I'd told him, it had gone really badly. He'd said he believed me and then basically turned around and called me a liar.

At the bottom is Joey Paul and just below that the website www.joeypaulonline.com, and in the bottom right corner is the logo for Bug Books. END ID]